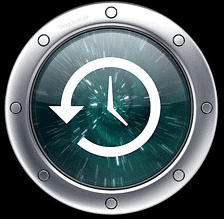 After less than eighty days on the market, Apple’s iPad sold three million units.  In contrast, Apple began tablet research before they began iPhone development.  That would imply the iPad’s time-to-market is well over four years.

Apple has consistently reduced their time-to-value.  It took the iPod 17 quarters to reach 30 million units. The iPhone did it in 10.  Current forecasts suggest iPad growth will be better still.

Apple has grown to a $60B company with just four product lines.  When Mark Parker became CEO of Nike, he got a call from Steve Jobs and asked if Jobs had any advice.  Jobs response:

“Well, just one thing.  Nike makes some of the best products in the world.  Products that you lust after.  Absolutely beautiful, stunning products.  But you also make a lot of crap. Just get rid of the crappy stuff and focus on the good stuff.”

Time-to-value is the time from when an effort starts until it achieves sales and market share goals.  Time-to-market is measured from the time a concept gains critical mass within the product development pipeline (e.g. moves from R&D to assembling a development team, having a budget, code name, etc.) to when it’s released to the market.

Being first-to-market counts when there’s substantial value.  Despite its high price, Dyson established themselves as the premier vacuum cleaner manufacturer by successfully introduced the first bag-less vacuum cleaner.  Toyota’s Prius created a winning value proposition by artfully combining the advantages of gas and electric vehicles.  On the other hand, Apple’s Newton was the one of the first serious handwriting recognition platforms but its performance failed to convince users.

Leading in time-to-value requires a distinct increase in value over incumbents.  Apple’s iPod wasn’t the first MP3 player but it was the first one that could store your entire library and buy/load new music easily and legally.  Practically speaking, what makes a killer product is one that blows away customers’ value expectations.  This does more than drive revenue: it establishes a presence that opens future opportunities.

Improving time-to-value starts with resetting assumptions about how speed works in business.  Dashing from one meeting, or market, to another rarely wins.  Multi-tasking has some value but Stanford research shows it also has major inefficiencies.  As lead researcher Clifford Nass describes, multi-taskers are “… suckers for irrelevancy.  Everything distracts them.”

Pushing people can instill a sense of urgency but without logic and clear competitive rationale, it’s just pressure.  At a minimum, pressure invites mistakes, burn out, and wastes money.  The natural urge to keep “things moving forward” contributes little if you don’t know and differentiate the highest value opportunities.

Holmes concludes the dog must have known the thief.

At a recent gathering, I listened as my neighbor and noted computer scientist Bill Atkinson pointed out that computing power continues to increase geometrically yet our DNA is evolves very slowly.  All the issues I’ve raised here can be better informed with technology but none will be decided by it.

What enables Apple to reduce time-to-value starts with Steve Job’s unsettling passion for answers that don’t settle for value as we’ve know it.  But it’s much more than just the uniqueness of Steve Jobs.  You can see it in your company today.  There are voices that don’t want to settle but are pressured, nudged and reminded about what the competitor is about to introduce or what the customer said yesterday.

Take a breath, look at what’s on the plate and ask:

Leave a Reply to https://andersonbeth44.skyrock.com/Cancel reply

Previous post: Netflix at a Crossroads:
Can They Beat Apple, Google, Comcast, Hulu and more?