Note to GM: Push Decisions Out; Not Just Down 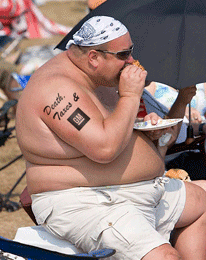 Recently General Motors CEO Ed Whitacre attended a meeting to approve the next generation of GM cars and trucks. Before the presentations began, he asked why they were having this meeting in the first place:

“Y’all have checked all this out pretty thoroughly.  I imagine you’re not going to approve something that’s bad or unprofitable, so why don’t you make the final decisions?”

According to the Wall St. Journal, pushing authority and decision-making down into the multilayered organization and reducing bureaucracy is a big part of the change Mr. Whitacre is trying to bring to GM.  Let me suggest that GM should go even further and move decision making closer to customers by adopting the center-edge structure that drives working wider.  Here’s why.

Hierarchy invites subordinates at every level to bump decisions up to the next level.  It’s inherently safe for subordinates and unlike Whitacre, most leaders take the bait.  Companies that work wider use a “center-edge” network structure rather than merely reduce the hierarchy by a few levels.  By being closer to the business environment, the center-edge structure evokes rapid adaptation and change to address competitive challenges.

The center-edge organization mimics the internet.  You won’t find a central command system in the internet.  Every node has a router with the accountability, network priority information and addressing tools to dynamically direct data packets along the most efficient route at that moment.

The center-edge organization operates similarly.  It works because the default location for most decisions is placed at the edge.  Since the edge is closer to the market forces, the signals for change come from the market rather than headquarters.  Isn’t that the action and accountability Whitacre seeks?.

Changing from a hierarchical structure to a center-edge structure requires leaders to change how they lead in addition to a new architecture.  Here are three factors to consider.

1. Charter the edges to reach out as well as pull in.

Just because people are at the edge doesn’t mean they’ll naturally reach out.  In 2007, cell phone manufacturers were highly frustrated with plastic screens scratching and breaking.  Corning embarked on a program to develop a strong, yet flexible glass to replace plastic screens.  Attracting customers was as important as developing the technology.  Corning Senior VP and General Manager James Steiner made sure that the scientists attached to the project were having face to face meetings with potential customers.

“We have to create demand, and our scientists are one of our best commercial weapons.  The credibility they give us is more than we can grow on our own.”

Using the latest communication tools helps edges pull internal resources in as well as pushing information out.  A study last year by IDC, a research firm, found that knowledge workers spend between six and ten hours a week hunting for information. By using social networks to find data faster (including internally hosted systems that address corporate security concerns), employees can free up a chunk of that time for other things.  There is ample evidence that knowledge management systems which were popular several years ago resemble dumpster bins in that they are easier to throw things into than to get exactly what you need out.  IBM, Best Buy, Comcast and others have harnessed social networks to make the informal organization as accessible as the routines of formal structures.  In addition, they use social networking to bring customers into internal routines.

2.  Charter the center to frame strategies and objectives, insure information flows between edges, and keep controls to the “minimum viable”.

Internet routers work because their instructions are well defined.  All too often, leaders fail to frame high level strategies and objectives in terms that accelerate local choice making.  Framing does the same thing for local leaders that business cases do for MBA students.  A well-written case establishes boundaries that define the context, challenges and potential options.  A well-framed strategy establishes boundaries that liberate the edges to innovate within them.  As Marissa Mayer, Google’s VP of Search Products and User Experience states:

People think of creativity as this sort of unbridled thing, but engineers thrive on constraints. They love to think their way out of that little box: ‘We know you said it was impossible, but we’re going to do this, this, and that to get us there.’

Good framing goes beyond simple communication.  It requires that leaders put themselves in the shoes of those at edge to unveil the practical considerations involved in turning strategy into action.

Another problem with hierarchy is that it teaches young managers to keep their bosses informed but it doesn’t do a good job of learning how to keep other stakeholders engaged; especially those outside their local boundaries.  That’s why most communication systems are far more capable between the center and the edges than from edge-to-edge.  Re-wire the communication infrastructure to make edge-to-edge communication as robust as between the edges and the center.  Leaders can support this change by example and refusing to serve as the de-facto communication hub.

Control in a center-edge organization starts from the premise that accountable, informed and well-intentioned people will make the right decision most of the time.  Leaders “season” deliberations at the edge through ongoing engagement but interrupting it should be treated as a rarity.  Make no mistake, 2 to 3 times a year, an interrupt may be essential and frankly, is expected.  More than that suggests the framing, accountability and values that support the default for action at the edge are not in place.

3. Put leadership, talent and recognition capabilities at the edge

Years ago when multifunctional teams were first used to drive new product development, the primary concern from executives was could they trust the teams?  This was never an issue with the top teams.  They were usually led by someone who had already proven their judgment and were trusted by management.  The rub came with the others – for good reason.

In a traditional hierarchy, the best people naturally rise to the top of functions or business units.  When organizations start shifting to a center-edge model, talent tends to be too dense in the center relative to the edges.  If there’s not enough leadership capability and capacity at the edges, transferring accountability there is foolhardy.  Moving a few trusted people to the edge makes transferring accountability much easier.  Over time, you’ll also have to make clear that these are the high value positions that high-potentials should be seeking.

Concurrently, make sure those in the center focus on insuring success at the edges.  In practice, this means they will travel more as they help drive edge-to-edge engagement with core strategies, technologies and interdependent issues.  Symantec’s Don Kleinschnitz uses a centrally based, roving software architect to help his globally scattered development teams integrate their efforts.  Other firms have given edge leaders the ability to directly recognize and reward individuals from other edges or the center that make significant contributions.

GM’s problems go beyond slow decision making and bureaucracy.  Between 1970 and 1980, GM’s market share went from 47% to 30%.  Between 1980 and 2000, GM added Saturn, Hummer and SAAB to an already bloated list of brands.  It then retreated from cars into trucks and SUVs in the U.S., making the fatal mistake of responding to the customers they still had rather than also addressing the concerns of the one’s they lost.  GM pulled in and narrowed its business as Toyota, BMW and others reached wider.

Pushing decision making out rather than down is much more than semantics.  Like the internet, the center-edge structure is better able to spread and scale over today’s wider business environment.  That said, many colleagues and clients have asked me to make the details and practices more concrete.  Over the next couple of months, my intention is to do so.  Consider this a first foray in that regard.