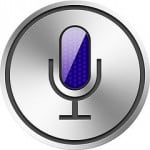 With yesterday’s product announcements Apple confirmed that writing about Apple these days is pretty boring.  No question engineers and designers worked hard to squeeze the iPad line thinner and lighter but, yawn, they’re iPads…now with some free software.  Who hoo.

For those who haven’t moved on to another site, Apple’s actions suggest:

This is not a sexy story, so I’ll keep it short.  You might want to stayed tuned for what Apple didn’t do at the end.

By starting pricing for the iPad mini at $399, you know Apple feels it has strong demand.  Competitive tablets cost 40% less, weigh essentially the same with high resolution screens, and run the most popular apps.

As BYOD (bring your own device) creeps into the home, families buying multiple devices may start to cringe at that cost.  Even those with fat paychecks that have young drivers in their family buy cars other than BMW’s.

If Survivor’s Jeff Probst narrated Apple’s product introduction, he would have told those wishing for a stunning new product “Sorry, don’t have anything for you.  Head back to camp.”

Apple’s behavior is consistent: until we have something that’s really differentiated, we’re not introducing anything new.  Apple’s got to sell millions of whatever that is otherwise, it’s simply not worth it.

To sell millions of units you can’t just offer something that’s cool.  It has to be essential.  The new Samsung Android watch is a perfect example.  It’s cool, but hardly essential.

Tucked into Apple’s iPad introduction was a few more bits of free software.  Consider that is just fertilizer for the hedge surrounding Apple’s walled garden.  It’ll keep Google’s Chrome desktop apps and Microsoft Office outside but won’t change much inside.

Besides, these free goodies are not free.  They’re bundled in the high price you pay for Apple’s glitzy hardware.  What’s new…yawn.

“Do you want me to find “Yesterday” on iTunes?”

What we didn’t hear about was Siri.  All jokes aside, we’re still several steps away from voice input and response dramatically changing how we use devices.

Wearable computing was missing as well.  All the dieting Apple’s applied to the last two iPad generations points to the potential of an even smaller wearable device.  The wearable market size fits Apple’s “millions” needs far better than rumored flat screen TV’s.  Still nothing.