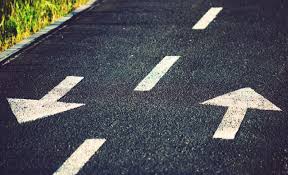 Angel investing starts with an initial contact, followed by screening that leads to a pitch and perhaps a deal.  There’s an underlying tension in the process.  Entrepreneurs want the angels’ money and to get back to growing their business as quickly as possible. Angels want the entrepreneur’s time to understand the business and investment potential.

Most angel groups use a committee to select deals that will be pitched to the entire group.  At the Band of Angels, our Selection Committee normally picks three from six finalists, winnowed from fifty monthly submissions. Driven by the monthly membership meeting cycle, deal screening meetings are like a fashion show. Entrepreneurs have twenty minutes to strut their business down the runway and impress the judges.

Actually that’s not true.  They rarely have more than three minutes before the judges’ questions fly in like incoming artillery.  Having sat through dozens of these meetings, I know the pattern all too well but am always surprised at the exact sequence, the unpredictable rat holes and territory left untouched.

The problem isn’t the process; it’s the time available.  We surface the obvious winners and sink the clear losers but are lousy with the rest.   Presenter skill matters too much, entrepreneurs get little feedback and pressure testing key assumptions is nearly impossible.  If we see a deal that has some great potential but also has problems, the best we can do is to stay in touch and invite them back at a later date.  Totally rational but in practice, we’re not that disciplined.  That’s the nature of a Band of Angels versus a traditional venture firm.

Angels have varied expertise, mentoring and investing interests.  At the Band, we like to think our job begins after we write the first check as it’s our experience and industry connections that differentiate us as investors.  What’s become apparent is that we could do better for entrepreneurs and ourselves if that job began earlier.  Enter the Special Interest Group (SIG).

About five years ago, we added SIGs such as Life Sciences, Energy/Water, Software, Mobile and Wearables.  The labels aren’t perfect nor do we care…we seem to funnel prospects to the right place.

Our original intent was to work with companies earlier to encourage deal flow as well as provide a more interactive forum with entrepreneurs.  Think of it as a salon conversation rather than a judging runway.

SIGs typically dedicate two hours to each company and focus on deal development. Alternative revenue and pricing models are often explored.  Technologists may drill down a bit deeper to understand choices and costs.  SIGs also invite industry/academic experts to present and take field trips to labs and incubators to uncover more opportunities.

After two hours, we ask the entrepreneurs to step out and we quickly gather our feedback.  Where there’s rich interest, we appoint a person for follow-up within the Band as well as with the entrepreneur.  We then invite the entrepreneur back in the room and share the feedback including next steps.

Companies like the SIGs for several reasons.  First and foremost, it’s a two-way street.  The performance pressure eases and the dialogue increases.  Some want early guidance but aren’t ready for seed funding.  Others are introduced by members who want to see how a team responds to a broader audience.  Others have two or three pieces of the puzzle identified but know they’re missing a big piece that we might fill.  We also invite them to ask pointed questions of how the Band works, our timing, deal size and preferred terms.

And of course, some view it as a better on-ramp to the selection committee:  get sponsorship from a SIG member and lever that to drive your deal through the Band.

Let me add a bit of color with a quick snapshot from two companies at a recent Energy SIG.  I’ll use pseudo names and discretion regarding the companies.

Precision Agriculture – This entrepreneur is taking the Internet of Things (IOT) to agriculture. Modern farming is increasingly using sensors for soil information, irrigation, weeding, weather and harvest maximization.  Agriculture is huge, but not easily accessed nor is technology deeply embraced at the individual farm.

Our discussion: The question was not if, but how and when will technology move deeper into the farm.  Specialty growers and existing technology providers are the likely early adopters.  For us, the entrepreneur’s platform vision lacked clear evidence of farmer pain points.  Offering a backbone for the Internet of Ag Things isn’t needed until lots of Ag things are in place.

But he knew that.  His first product was such a “thing” with a piece of his platform embedded in it – a Trojan Horse.  And he had prototypes and customer purchase orders for the next production run.  Yet his heart beats as a technologist and a bit too close to the platform vision. We get it but still suspect the platform need is premature.  We suggested he detail what would have to precede a platform for it to add significant value and stay in touch as he launches his point product.

New Material Science – Two entrepreneurs who had already raised some money from the Band were back to share progress and fill out a small incremental round. Their product would reduce cost in power circuits and many of us see the potential; if it works.  Several in the room had heard the prior pitch but not invested so as Ricky Ricardo told Lucy, this team had “some splaining” to do.

Our discussion: The team had added a seasoned adviser and his presence was warmly received.  Additionally, they had digested prior concerns and reflected that both in their content and more open engagement.  But, since they were beyond the normal SIG “what do you think?” and closer to “how about more dough?” questions drilled pretty hard.

Folks were interested in total capital and headcount requirements particularly in relation to managing expectations from interested customers.  Seasoned operations veterans in the room viewed their answers as optimistic.  Plus, while their beach head product strategy sounded reasonable, we wanted to know how they would expand beyond the beach.  This is a tough balancing act because it’s easy to get trapped on the beach, or be spread too thin trying to cover all segments at once.  Peeling back their plans included still trying to assure ourselves that the technology works, and how far could they get beyond the beach without raising significantly more capital.

Neither of these conversation could have occurred in the selection committee.  Precision Agriculture would likely have been shot fairly quickly as being too early and New Material Science would have probably not made it into the room since it already had gone through screening before.  That raises another reason for the SIGs.

Sometimes a deal has gone through the Band and there’s a next chapter yet it’s not quite big enough or might be considered yesterday’s news by the entire Band.  The SIG provides a focused forum of interested people that can run parallel to the Band’s primary process.

One SIG is looking at doing a more rigorous job of shaping deals it likes by front-loading them with committed investors, more structured due diligence and deal term development.  Another is allocating time differently between meet and greets, deals ready for a hard look and existing investments (e.g. New Material Science) seeking follow-on funds.

The best indicator of the SIGs value is they’ve captured Band members time.  The meetings are well planned and attended.  Over the last three years, new members in particular, have been pushing the Band towards better sourcing, improved due diligence as well as decision speed.  Since we’re a Band (and closer to Stanford’s than Michigan State), pushing top-down change is a non-starter.  The SIGs are becoming the proving grounds for new approaches to deal development and funding.

And they are raising issues as well.  What if a hot deal emerges in a SIG and gets funding from Band members present without every getting to the Screening committee?  Is that efficient, exclusionary or both?

That’s why I wrote this.  We are the Band and therefore, we are the change agents if there’s going to be any change.   I think overall, the SIGs provide another deal track for Band members and a richer forum for Band members to support our entrepreneurs.  Think of the SIGs as our own start-ups: perhaps disrupting how we’ve done business in the past.  There will be hiccups but I’ve never seen anyone excluded from a Band meeting of any kind, or a SIG.   Nor would I ever want that.

Bottom line: Our value add doesn’t really start when we write the first check; it really starts at the first contact.  Having multiple pathways that address entrepreneur and investor needs enables a relationship to evolve that’s deeper than just the selection beauty pageant.

Next post: Surviving in The Gig Economy:
Don’t Be An Ant

Previous post: Before You Pitch Me, Ask Yourself:
Is Your Company a Me-Too or a Fast Follower?