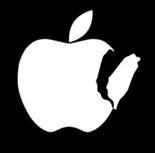 At Apple’s Q2-2011 earnings report, Chairman Steve Jobs said, “With quarterly revenue growth of 83% and profit growth of 95% we’re firing on all cylinders.”

The momentum in Apple’s iPhone, iPad and Macintosh product lines suggests that doing well in 2011 is not an issue.  The more important question is what happens beyond that?

This piece identifies three strategic questions facing Apple.  By framing them as questions and salting in a few speculative responses, my intention is to provoke others to think wider about Apple’s options.  As you’ll see, the questions do not stand alone.

What is the next platform and where does it come from?

As I described in detail in How Apple Paces Profits Beyond Platforms, Apple’s rapid growth is accelerated by introducing new platforms which they patiently extend for superior growth and profits.

Platform growth trajectories normally decline with age.  Apple has done a stunning job actually increasing the growth of the Mac platform by shifting the mix from desktops to portables; most recently, the MacBook Air.  This quarter’s 17% sales decline of the iPod media player is more typical although even there, Apple was able to transition half that volume to the more expensive iPod Touch model.

Let’s look forward to 2013 when the iPhone will be 5.5 years old.  Today, Android’s market share is already growing faster than the iPhone.  By 2013, second generation Nokia/Windows phones will be out.  Say what you want about either competitor, if their combined efforts get any traction, it will likely come at the expense of Apple, Android and Blackbery.

The iPad will be three years old and while it is essentially without competition today, by 2013 it’s reasonable to expect that between Android, Amazon, Samsung, Blackberry and Motorola, the tablet market will be more competitive.  Note that this market is also about a tenth of the smartphone market.  Change will occur; the question is how much?

As older platforms crest, Apple needs to introduce its next platform.  Where do they come from?

1.  Apple designers create the next new, new thing
2.  Apple purchases a product “embryo” from the outside and brings it to market*
3.  Acquire the next platform product or service

*Note: this was the iPod route: a combination of PortalPlayer technology, a contractor/leader with a vision (Tony Fadell) and Apple’s design talents.

If you handicap the options based on past experience, one would lean to either of the first two options.  But then there’s that bulging bank account….

What, if anything, do they do with the growing mountain of cash ($65B)?

Apple makes far more than it spends or returns to shareholders.  The external pressure from Wall St. to address their large cash position is not new but grows with the amount.  To put Apple’s cash into perspective, based on current market capitalization, Apple could write a check for the following premier companies:

Steve Jobs has constantly dismissed traditional uses such as dividends or stock buy-back programs.  He can continue to do so as long as the stock price keeps climbing.  His “stock answer” is the cash is for strategic opportunities.  In the meantime, Apple uses it to lock up critical supplies of parts and make small acquisitions.  Apple acquisitions are typically talent and technology such as the resources and technology behind GarageBand and Final Cut software.

Is there anything to suggest a change in strategy?  I would speculate there might be relative to solving the next platform issue. Each of the below options has history or complexities that could call for a larger than normal investment from Apple.

The Apple Wallet – Think of the digital wallet as the next generation charge card.  Credit cards pruned our wallets by removing checks and required cash.   Incorporating identity, credit cards, applications and specifically banking into one’s cellphone, the digital wallet is a question of “when and how” rather than “if”.  Did you know that the cellphone is already the dominant banking tool in developing country rural environments where there is minimal branch banking infrastructure to replace?

Think back to the music world just before iTunes.  MP3 players and software existed pre-iTunes but there wasn’t a business and transaction model.  Now speculate with me about the following.

What if Apple bought eBay to get Paypal?  eBay expects Paypal to be larger than their traditional auction business in 2013.  Spin off the auction business to pay for Paypal and then leverage the 120 million iTunes credit cards, iPhone user base and Apple brand power to create a digital wallet entry.  This puts Apple quickly into the game.  Add near field communication technology to the next iPhone, promote Paypal readers to merchants and users will be able to swipe their phone to buy.  Obviously there’s a lot more involved to pull this off but you get the picture.

Remember I’m speculating and have not done a deep dive into the economics, barriers, competitive responses, etc.  Obviously there are challenges.

First, when Apple conceived iTunes, it was viewed as a much smaller, complementary player.   With a market cap second to Exxon, they’re now a threat.  Banks, credit card companies, cellular service providers, etc. all want a piece of the digital wallet.  In addition, the scale, complexity and regulatory requirements of the merchant-banking network are much larger than the issues Apple faced in the recording industry.  Besides, the current incumbents are doing just fine.

Enlarging the Apple Cloud – MobileMe is a start at cloud services but it’s tightly dependent for growth on Apple’s hardware users.  There are rumblings about introducing a cloud-based iTunes subscription which makes sense.  Recently, Apple is reported (not confirmed) to have bought the “iCloud” domain name for $4.5 million.  In the spirit of further speculation consider…

What if Apple brought iPhone elegance and its developer community to the cloud to create an expanded and compelling personal service?  Today the cloud primarily serves corporations looking to reduce costs through hosted services.  Google and Amazon have a strong foothold there but Google in particular lacks Apple’s aesthetic understanding of user expectations and needs. Let’s be real, Android would not be what it is without the iPhone. Microsoft needed the Mac to create Windows; Google needed the iPhone to create Android.

But what if Apple could bring the user closer to the cloud?  What might that look like?

Perhaps it starts by merging the cloud, media content and Apple TV.  There might even be a play for Apple to introduce its own flat panel hardware at the high end.  (Apple couldn’t compete against Vizio, LG, etc. in price)

The combination would need to offer the same compelling, next generation value for users that the iPhone did for smartphones.  That would require a new ecosystem for content, developers, carriers, etc.  The challenges and complexity are sufficiently large that acquiring some pieces could make sense.  These could include additional content or services such as Netflix – expensive but remember, we’re speculating.

Social Networking –  Social has been tough for Apple and Google.  Success in social has defied prediction:  Facebook, Twitter, and Groupon came out of nowhere. Ping hasn’t taken off as a significant presence.

Perhaps Apple will figure out Social 2.0 but I personally find it hard to see how a company built on iconoclastic behavior and a rich minimalist design ethos leads to success in social.  Apple’s “Think Different” by definition means it appeals to those at the edge whereas social needs masses in the center.

If the traction behind social continues to grow, it will take a generational gene pool, younger than Steve Jobs and other Apple leaders, to drive it.  Buying into social is another question Apple might ask.

What keeps Apple’s soul and substance vibrant after Steve Jobs?

Let’s put Steve Job’s medical issues aside (while wishing him the best) and treat him like any other aging executive.  At some point, like Bill Gates, Jobs will move on.  When he does, the next leader walks into a company where every CEO other than Jobs has failed miserably.

COO Tim Cook, Retail lead Ron Johnson and top designer Jonathan Ive are all solid executives. Shipping 32 million units of iPods, iPhone and iPads as they did in the last quarter doesn’t occur because of Steve Jobs alone.

That said, Steve Jobs breadth of passion, business aggression and talent defy cloning.  He is a rare and unique individual.   Apple will not be the same after him.  And the company won’t grind to a halt when he’s gone either.

Consider how a major acquisition not only helps define the next platform and apply cash strategically, it also helps Jobs exit.  If he were staying, acquiring a large entity doesn’t match his style or history.  But assuming he moves on, the acquisition becomes a vehicle that can facilitate a leadership transition to the next generation Apple.  Jobs gets to put it in motion as his legacy act but doesn’t disrupt the integration assimilation with his personal style.  the next CEO gets makes it happen, and in doing so, launches Apple 3.0.

In ice hockey, Wayne Gretzky earned the nickname “The Great One” by anticipating others’ actions.  Famously, he described his style of play as skating to where the puck would be rather than where it was.  This piece has speculated where Apple might need to be in 2013.  Got that…speculated!  So to be clear, the questions asked, remain open.  What do you think?