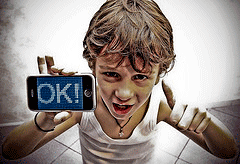 Yesterday morning Apple announced that they “…are relaxing all restrictions on the development tools used to create iOS apps, as long as the resulting apps do not download any code.”  Effectively, they removed the words they added to their April development agreement that blocked Adobe Flash apps.  This change will also make it easier for developers to develop cross-platform applications lowering risk and investment.  And for the first time, Apple published their app review guidelines.

In my recent piece on Attractive Platforms, I stressed effective platform strategy depends on four factors.  For this piece, let me emphasize the last two:

Historically, Apple has not done a good job at either.

In their Mac business, every new operating system version has required developers to tweak and change code.  As Joel Spolsky of Fog Creek Software commented, “If you got too successful, Apple competed against you (although sometimes they had a hand puppet called Claris compete against you so they could pretend it wasn’t them.)”

Apple got over this problem by creating a dazzling next generation smartphone and then launched it with superior marketing.  It’s worth remembering that apps weren’t part of the original iPhone release.  Apple entered the world of attractive platforms when it opened the phone to developers shortly thereafter.

Like heaven, more people talk about creating an attractive platform than actually get there. The most common mistake is forgetting who is essential to make a platform successful:

If you want to grow a killer platform, you have to target, understand and selflessly fall all over yourself to support developers.  For example, Novell’s NetWare platform lost to Windows NT and UNIX because both provided cheaper and superior development tools to server software developers.

Backward compatibility is another must for developers.  Windows 95 took off as a 32 bit operating systems because Microsoft made sure it ran all the programs written for its 16 bit predecessor.

As a platform grows to critical mass, the breadth of stakeholders that influence decisions increases.  Users, IT managers, and regulatory agencies join developers as their aggregate investment in the platform increases.  Critical contributors such as AT&T’s wireless network become inseparable from Apple and the platform’s continued success.

Unlike a stand-alone product that lives and dies on its own, a platform continues to thrive based on the health of the community behind the platform. Barring Flash wouldn’t matter if Apple was still a computer company with 5% market share.  What Apple underestimated was how important issues such as Flash are to the iPhone/iPad platform community.

Some have argued that yesterday’s actions reflect a concession driven by the Federal Trade Commission inquiry launched in June regarding the potential non-competitive nature of Apple’s original “anti-Flash” development policy.  Maybe.  Perhaps Apple was influenced by the rapid growth of Google’s Android platform?  Possible.  The fact that these questions arise underscores the new citizenship responsibilities evolving the iPhone platform brings to Apple.

Going forward, every action Apple takes on a potential new app or technical issue such as the iPhone4 antenna problem will be broadly scrutinized.  Apple’s iconoclastic and controlling behavior which has served them well in product design reflects poorly on their platform citizenship. Our affiliation with the characters in the famous “I’m a PC” and “I’m a Mac” advertisements seems to be changing places.

In the terms of this blog, good platform citizenship requires Apple to think and work wider with each decision.

If you don’t like their choices, then go with phones and very shortly, tablets running Google’s Android.  In the meantime, I’m pleased that they are stepping up to a new level of Platform Citizenship.