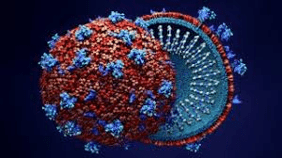 Crisis comes in waves.  Like a hurricane approaching shore, it starts by catching our attention, then we cope through the storm, and ultimately, rebuild.  What folks often call the “new” normal comes after rebuilding.  Before then, there will be interim “next” normals.

Once discovered, the novel Coronavirus caught our immediate attention because of its virality and mortal threat.   Without action, experts believed it could outrun our healthcare system; space, staff and equipment.  “Flattening the curve” was the only strategy available to slow the virus from spreading at its natural pace.

The next normal will be about defining how and how much social and economic functioning we can restore without threatening public health.  That will depend on developing therapies that significantly diminish the mortal threat balanced by the risks of economic hardship.  Since most Americans don’t have significant financial cushions, not going back to work, regardless of how risky that is, might not be a viable choice.

That said, opening businesses doesn’t mean customers will show up.  Consumers, employees and employers will assess the personal risks of returning.  Risk could be reduced by new data that suggests our initial fears weren’t warranted.  A highly effective vaccine will thrust us quickly into defining the true, new normal.  However, with over 35,000 deaths in the U.S. alone, what is considered safe will have a new definition.

Until then, the gift of crisis is that it forces us to challenge conventional thinking.  Each challenge will also create a new opportunity.  This article highlights what we have learned on this journey to date, what we should expect and define some of the opportunities.

How We Flattened the Curve

Stuck at home, we’ve all watched more news than normal.  I was struck by the courage and compassion of healthcare workers, public safety officers as well as all the supporting cast who delivered goods and re-stocked shelves at personal risk.  Humans naturally pull together but the degree and commitment is constantly re-affirming.

That said, the insanity of states fighting each other and the Feds for protective equipment, ventilators and other newly scare resources was debilitating.  We all enjoy the tension of good sports competition but it has no place in crisis.  Winning is surviving.  The doctor depends on the nurse, who depends on the respiratory therapist, and so on.  Saving loved ones is not a game.

Who heard of Dr. Anthony Fauci before Covid-19?  Now a public sector superstar for his knowledge and political grace, his rise to prominence reminds me of Joni Mitchell’s line in Big Yellow Taxi where she decries paving over paradise to put up a parking lot with “you don’t know what you’ve got ‘til it’s gone”.

Governance is how we agree to dole out authority to get stuff done across multiple stakeholders.  At times, it requires a bit of ruling to keep the herd together, but mostly it relies on sharp leadership backed up by coordinating the myriad of execution details.

Public sector governance is always tougher and less efficient than the private sector because the charter is broader, the breadth of stakeholders is wider, and most importantly; public leaders never have the option that CEOs have to say, “this is not a democracy.”

Just as you can’t throw a fire department together once the fire is blazing, we’ve torn down too much public capability and capacity under the illusion that either it can be built or outsourced when we need it.

From Stephen Colbert’s lips to inclusion in the Oxford dictionary, truthiness is “the quality of seeming or being felt to be true, even if not necessarily true.”

Bullshit and posturing politics wastes time.  The way we’ve flattened the curve and will ultimately define the new normal, will be based on leveraging science.  In or about the 17th century, the scientific method evolved and accelerated the quality of human life by gathering data to systematically build hypotheses, collect data and test if it works.  Rinse and repeat.

That’s why viral and anti-body testing is key.  The reason the underling Coronavirus is called “novel” is we’re just starting to learn about it.  Resolving crisis thrives on faster learning; not blame or rhetoric.

The only thing we knew at the start was the Coronavirus was highly contagious and seemingly more deadly than anything we’d seen.  The immediate solution was to stay further away from each other.  That has challenged our lives since we’re intensely social creatures.  No handshaking, kissing; and please wear a mask dear.  It’s a bit creepy but there are no other alternatives for now.

Shelter-in-place isn’t a long-term solution.  People are desperate to connect. The pain and grief of having a loved one isolated in an ICU, near-death and by themselves is unimaginable.  On a much smaller scale, the isolation required after a positive contact or test within a family is tough enough.

Now, flash forward to when scientists develop a safe and effective vaccine.  Will we be willing to tolerate the anti-vaxxer’s who have refused measles vaccination?

We need answers that fit our social needs as well as our biological ones.  As I’ll describe next, therein are the opportunities and requirements that define the next normal.

How many Zoom video meetings or cocktail parties have you been to?  For readers younger than myself (e.g. most of you) Zoom didn’t invent video conferencing; it’s been a viable technology since at least the 1980s.  And adoption hasn’t been terrific because unless you’re special, we all multi-task on conference calls but we’d rather not be seen doing it.

Crisis accelerates the adoption of technology because it eliminates the alternatives that inhibit adoption, or dramatically increases the urgency for adoption.  When shelter-in-place cut off staff meetings, elective medical visits, and closed bars, people quickly lowered their video conferencing adoption bar.

Having done so, you can bet that working remotely, applying for a car loan by video and more will accelerate.  So will adjunct devices that provide what used to be only available physically.  An early yet simple example is Zoom’s background feature.  Instead of seeing your cluttered home office, you can use one of Zoom’s virtual backgrounds.

But let’s dig deeper.  With a vaccine at best a year away at scale, what is secure will be redefined.  Until now, knowing a person’s temperature from fifteen feet away had few applications.  Until there’s a foolproof vaccine, airport security will quickly incorporate temperature sensing.  Mounted on top of today’s metal detectors will be a temperature scanner that reads your temperature as you approach.  If you’re over 99 degrees, you’ll be pulled out of line for secondary screening.

Despite the huge need for viral testing now and absent a potent vaccine, what we’re using now won’t cut it.  Security will broaden from insuring identity and detecting bombs, guns and knives to include viral testing.  No one will wait for results in the lobby for 5 days or be willing to be invasively swabbed.  We’ve got to get to something closer to spit-in-the-tube sampling with instant readouts.

What is safe will also redefine what’s a clean hotel room.  Clean towels and sheets will be joined by certified sanitization.  There is already a UV disinfecting robot that claims to wipe out a virus in two minutes.  Cruise ships will need ways to ensure customers that they won’t become viral Petri dishes.

Concerns for supply chains will drive increased investment in 3D printing technologies.  Companies went offshore for cheaper labor.  In the Covid-19 world, just-in-case strategies that cope with supply chain interruptions will be as important as just-in-time’s cost savings.  More capital will accelerate 3D printing expansion beyond plastic and simple metals as well as drive higher throughput.

The New Normal is Over the Horizon

A friend reminded me that the Chinese symbol for crisis and opportunity are the same.  This first phase of coping with Covid-19 has shaken us.  The next normal will build on what we’ve learned, and raise new challenges.  What’s is clear; we’re not going back.

Next post: Risky Distance: How Covid-19 Inverts the Open Office