The two previous posts in this three-part series (Profits Beyond Platforms and Inventing Customer Experience) provides lessons applicable to any company.  Apple’s passion for minimalist perfection, however, is deeply rooted in the unique genius of Steve Jobs and Apple’s culture.  It’s captivating, describable but very difficult to copy. 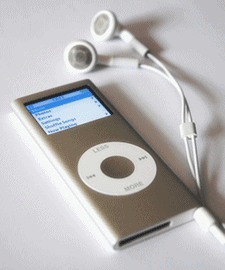 Shortly after joining Apple’s original Mac team, Andy Hertzfeld learned about the Steve Jobs “reality distortion field”.  For Jobs, reality is forever malleable.  He reaches beyond the “art of the possible” to the near possible which in his mind borders on “the essential”.  Anything less is crap.

Hertzfeld learned that the power of Jobs’ distortion field fades slowly once Jobs leaves.  What was more amazing was that everyone knew how Jobs worked yet they were still subject to the distortion field’s influence. It was, and remains, a force of nature.

Minimalism can be traced to the 5th century when Socrates declared that a well-made dung bucket was better than a poorly crafted gold shield. It blossomed in the early 20th century architectural movement as Modernist icons such as Mies van der Rohe asserted functionality and simplicity over decoration.

Minimalism is often mischaracterized as simplistic, restrictive and limited to visual appearance.  Done well, minimalism is highly nuanced and widely engaging.  It’s why our fingers fall naturally on the circular controls on an iPod without instruction.  Minimalism is a catalytic blend of functional essence and aesthetic elegance. Minimalism elevates synergy from a theoretical concept to a sensory user experience.

When we enter a highly decorated space or handle a complex tool, it instructs us what to look at. The features demand to be seen and appreciated. This switch says move me; or a long list of commands asserts the potential power therein.

Going for minimalism is expensive.  Done poorly, a plastered wall or ceiling will accentuate every flaw.  That’s why in tract homes, you’ll normally find “cottage cheese” acoustical ceilings for they mask joints and imperfections.  Our kitchen’s black granite countertops are gorgeous when perfectly clean but the slightest drip screams out as a careless violation.

Minimalism, by definition, put limits on how and where a product, service or business will excel. Apple’s unwillingness to have the seams of a battery door mar the back of the iPhone mandates iPhone road warriors keep charging cords in their cars and briefcases. My Apple bluetooth keyboard brings my iPad to life when any key is touched – inside my backpack as well as in my hands.  To avoid draining the iPad’s battery, I must manually turn off Bluetooth when I’m done.  The minimalism that entices end users also removes the “hooks” that IT departments rely on to manage the details of company-wide deployments.

Mimicked by HP, Google, Dell, Lenovo, and Asus, Apple’s minimalism reaches deeper into every dimension of user experience.  Achieving that depth requires taste spurred  by a drive for perfection that specifications, user studies, spreadsheet analysis and Powerpoint presentations can’t duplicate.  Apple’s quest for minimalist perfection is the “secret sauce” with which Steve Job’s has inoculated the Apple culture and thwarted competitors.

A Persistent Drive for Perfection

Like any sharp tool, Apple’s perfection sword is as dangerous as it is effective. Consumers experience the results in their living rooms, whereas those inside Apple know that perfection requires intense concentration, experimentation and re-work cycles that can’t be pre-ordained.  Perfection just doesn’t happen on the first pass.

Competitors who live by time-to-market schedules and focus groups that differentiate customer “wants” from “musts” miss what it takes to replicate Apple’s “insanely great products”.

Apple’s design process targets how things should work rather than how they can.  This violates “the better is the enemy of good enough,” a foundation principle taught by capitalists, business and engineering schools across the world.  What the experts miss is that Apple’s persistent drive for better reveals the essence of experience that makes minimalist perfection possible; not to mention the higher margins customers willingly pay for it.

For Apple, perfection occurs when the design disappears. The product becomes anthropomorphic in how it feels, works and merges with the end user’s intentions.

Contrast turning on an iPad on with starting a PC.  An iPad just turns on.  There are no strange messages, a scrolling list of innumerable drivers loading and virus protection warnings. The same is true with purchasing and installing apps on the iPhone and iPad. Every app installs and starts the same way.

As noted in Profits Beyond Platforms, Apple applies the same perfection, albeit in smaller doses, to incremental products such as the as recently introduced iPad2.  The iPad2 has just enough new features to excite users’ senses.  It begins with the expected increases in speed, weight reduction, slimness; and a couple of cameras.  But again, Apple catches our attention with a magnetic cover that protects, props and turns the iPad2 on and off automatically.  Add in ten color choices, the integration is such that while sold separately, it’s virtually an “optional requirement”.  Cue the Apple cash register – ka ching.

Perfectionists are never satisfied with the world as it is. For Jobs, less than perfect deprives users of that which he believes they’re entitled.  For Jobs providing less is not just insufficient, it creates friction that taxes users needlessly.  Only by removing this friction can users “think differently” enough to soar to new heights.

In his 1969 obituary, the N.Y. Times attributed the expression “God is in the details’ to minimalist architect Mies van der Rohe.  Listen as Apple’s lead designer, Jony Ivy, describes the sacred importance he devotes to handling directly the materials Apple uses.

“In our quest to quickly make three-dimensional objects, we can miss out on the experience of making something that helps give us our first understandings of form and material, of the way a material behaves–‘I press too hard here, and it breaks here’ and so on. Some of the digital rendering tools are impressive, but it’s important that people still really try and figure out a way of gaining direct experience with the materials.”

Courage and the willingness to march to one’s own voice ultimately distinguishes leaders from followers.  Apple’s persistence comes from Steve Jobs, regulated by a pragmatic willingness to pivot when overwhelming evidence suggests change.  Remember, when Jobs returned to Apple in 1997?  Apple was losing money hand over fist and it was the deal with Microsoft to provide Office for the Mac that kept Apple afloat.

Easy to Explain, Incredible to Achieve

Perfectionists live in a state of constant agitation.  Stories of Jobs blowing up and using overly harsh language when critiquing others are legendary.  Those who last, particularly in senior positions, are often as strong headed as Jobs.  In fact, that insistence is what has embedded the minimalist design mentality across the Apple culture.

One former Apple executive stated that Jobs’ drive for perfection effectively makes him Apple’s chief designer and marketing department.  Of course…how many artists can one have working on a masterpiece?  Yet what makes Apple’s business model and platform designs truly unique is the degree to which the pursuit of minimalist perfection permeates everything they do.