You Can’t Be Serious!
The NSA is Monitoring Our Calls & Email??? 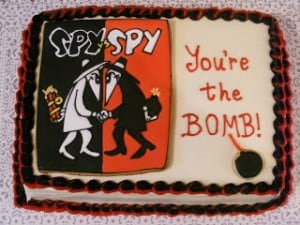 Where have you been?  And so what if they are?  My president tells me they’re not listening live.  It’s like a week-old Facebook feed – who cares?

Besides, they only have my phone number but that doesn’t mean they also have a reverse directory, does it?  And since they’re listening, maybe the NSA should pay a portion for my friends and family minutes.  But I digress…

If you really want news, it’s much more fun to watch the high tech companies tap dance their purported independence and indignation via legal-speak.  Of course they only comply with legal requests.  Might it matter that these are granted by a secret court that no one can attend nor can they disclose the requests.

Big tech, big data and big brother is polygamy and gay marriage rolled into one.  What’s to worry?

What does upset me is that the government is going to pound Edward Snowden into the ground for telling us what we know.  The NSA can listen to most anything above a sneeze.  The only reason there was any “dark” in Zero Dark Forty was because Bin Laden had been reduced to pre-1900 communication technology.

The real problem is that stamping “top secret” is a reflex that is too easily triggered.  Every candidate campaigns on open government but rules with a tighter fist.  This is particular true of Obama.  From drones to bugging, Obama has a calmer bedside manner than Bush but doles out stronger drugs.  As they say in higher math, there’s a difference but it’s not statistically significant.

I trust the professional media and the public more.  What Sarah Palin calls the “lamestream” media has guts and brains.  Fact checking and restraint has been part of this and every leak story I can recall.  The reason freedom of the press is so critical is because it’s the non-elected/non-appointed check on government.  They are the free wheel of democracy’s bicycle.

Representative government is just that – representation.  It’s why when the board of your golf or tennis club passes an assessment on members, everyone shows up at the “revolt” meeting.  It’s why Jefferson wasn’t that opposed to a good revolution every so often.  Power, public and private, seems to breed over use.  After a history that includes the Bay of Pigs, Tonkin Gulf trigger for the Viet Nam war, and weapons of mass destruction in Iraq, “trust me” just doesn’t work.  I don’t care who is President.

Look at how the Boston marathon tragedy was resolved.  It was a combination of government and public that caught the bastards.  When we turn everything over to our representatives, it’s too easy for them to slide into representing themselves, their position and job security more than us.

Could a serious secret be leaked?  Absolutely but just like leaving a prototype iPhone in a Mt. View restaurant didn’t destroy Apple, it takes more than a leak to truly hurt us.  There’s not as much public uproar here because this is not new news.

Now if the NSA starts intercepting duck calls before next season’s Duck Dynasty airs?  That’s news.  Mess with reality all you want but keep your hands off reality TV!