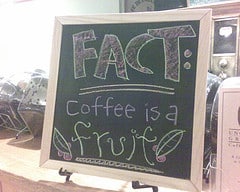 Every successful Silicon Valley entrepreneur I’ve met fueled their dream with rapid cycles of learning, infused with facts and feedback. Granted the Valley’s engineering heritage places a unique emphasis on data, but it is also foundational thinking for every MBA program in the world.

So riddle me this Batman, how is it that the convention speech of Paul Ryan, a so-called intellectual heavyweight in the Republican party, can be so filled with inaccuracies that even a Fox News commentator calls it “deceiving” and an “apparent attempt to set the world record for the greatest number of blatant lies and misrepresentations slipped into a single political speech”?

And while Ryan pegged the needle, I don’t like the Democrats proffering that Mitt Romney likes to fire people either.

But there’s something far more serious going on here that’s infecting our national dialogue, and our society at large.  We are relying far more on effective posturing of opinion than we are on facts and critical thinking. We see it inside our workplace when the slickest Powerpoint presenter trumps the less eloquent thinker.  We see it in social networking as people pump up their presence but not their contribution.  We see it in our society as the press morphs from investigative reporting to becoming semi-permanent theatre critics.  “How did they do?” is the standard that must be met; not what did they say.

Here’s the crazy part:  We’ve outsourced fact-checking.  There’s no longer any shame in not having the facts at your fingertips or being personally accountable for what you say.  That’s now the fact checker’s job.  And if it slips by, maybe you can score even though you totally missed the net!   One of the campaign’s political pollsters went so far as to say “we’re not going to let our campaign be dictated by fact checkers.”

Any parent knows the struggle of getting a child to understand the difference between imagination, truth and fiction.  We know this is important because people don’t trust liars and trust is a cornerstone for building character.  It’s a tough lesson we all learn.

Now it’s the adults who are drifting.  We are becoming more comfortable exposing cheats than stopping them.  For example, the books and films documenting the greed and complicit stupidity of all involved in the financial crisis easily outnumber the indictments.

The recent refusal of Lance Armstrong to confront witnesses conflates the facts about his good work for cancer with the broadly accepted premise that everyone in cycling dopes.  Therefore Armstrong’s doping behavior doesn’t matter (except to those who didn’t dope).  In a world where the power of Armstrong’s personal marketing prowess makes him “too big to fall” the facts remain hidden behind the curtain as his sponsors continue to pay him millions for endorsements.

Compensate for Facts with Volume and Repetition

When facts become secondary, repetition and volume rule the day.  Donald Trump’s opinion is sought out when there are many others who far better informed.  The Sunday news shows make the old Saturday Night Live routine where Dan Aykroyd began every response to Jane Curtin with “Jane, you ignorant slut” as real as it used to be funny.  Peel away the coarse language and there’s little difference between Aykroyd and Curtin and Fox and MSNBC.

Isn’t this just politics?  Certainly not by definition.  It is not a leap to say it reflects a growing and dangerous disdain for science.  From evolution to global warming, the avoidance of facts leads to the extreme intransigence that inhabits our society.  When facts are eliminated from debate, further discussion takes on a zombie-like character.  It looks vaguely real but it isn’t close.

Throwing out facts and inquiry repudiates any executive who’s put up a slide showing the facts behind eroding market share to support his message that we’re not cutting it.  Find me an area of our country or planet that favors fundamentalism over facts and I guarantee you’ll find disproportionately low innovation.  The scientific method offers little guidance when the Bible or Koran rule the day.

We are mistaken if we think this isn’t a business issue.  Playing by the intent of the rules soon gives way to barely staying on the inside edge of the law.  When value driven leadership and self-management erode, a firm adds rules and stricter enforcement to maintain control.  Besides being costly and fertilizing an overbearing bureaucracy, enforcement efforts always lag.

When business screws the public, congress steps in.  Each crisis brings us a new iteration of regulations (e.g. Sarbanes-Oxley or Dodd-Frank) designed to inhibit the last transgression.  Regulating business from congress is typically more ham-handed than internal rules.

And that’s precisely my point.  When values erode, we turn to outside parties and mechanisms to compensate.  But it doesn’t work very well.  No matter how many laws are passed, at some point, civilization becomes uncivil and it is every person for themselves.  It’s far more effective to invest in teaching people how we work around here than adding more rules.  That applies to companies and citizens.  (see The Citizen Leader and The New Citizenship Model Revisited)

Facts Do Not Replace Judgment or Insight

Facts are raw material and like certain minerals, sometimes they are hard to find.  Likewise, worshipping the facts is just as flawed as any fundamentalist thinking.  The tough decisions that eventually land on a CEO’s or in a serious family discussion are those where the facts are fuzzy, conflict or don’t point to a clear direction.

Tough calls rely on our character, intelligence and as every successful entrepreneur knows, pivoting when what you think is so, turns out not to be.  But let’s get back to starting with the facts.  As the quality gurus suggest, dig down with “why?” three, four or ten times until you hit a substrate of substance worthy of mining.

Next post: 7 Lessons for Business Leaders from the 2012 Election