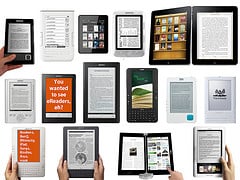 Apple’s the closest company we have to a national hero.  When Apple prevailed over Samsung, I was pleased.  The good guys won.

While the financial judgment is still pending, the $1-3B financial range is certainly not chump change. Yet relative to Apple and Samsung’s balance sheets, the impact is minimal. The victory was an homage to Steve Job’s hostility towards Google for ripping off the iPhone.  (Ever wonder how the folks at Xerox PARC felt about the MacIntosh?  There are no saints here).

That said, Apple’s victory over Samsung doesn’t necessarily help innovation at Apple or their competitors. Here’s why:

As much as I like seeing Apple acknowledged for their design creativity, broad patents such as “Universal Search” strike me as ill-advised if not abusive.  Universal Search checks your iPhone files, apps and the web for answers.  Is this significantly different from Google’s search box?  Is it novel or non-obvious?

Apple’s victory suggests legally it is but that doesn’t pass my common sense test.  Apple has recently filed a patent for a button on a car’s steering wheel that would invoke Siri’s verbal search.  Should Apple be granted this patent?  Does it benefit society if no other firm can place a button for voice-enabled search on a steering wheel?  I feel the same way about Amazon’s “1 click” patent.  (BTW, 1 click didn’t hold up in the UK)

Copyright and patent protection are privileges granted by the Constitution with the intention of spurring innovation for the public good. As I outlined in Privilege versus Property: How Patents Hurt Innovation, the largest cellular competitors have spent approximately $20 billion in the last few years building patent war chests that might have otherwise gone to new R&D.

We also know that most large company R&D, including Apple’s, goes to incremental advances.  That’s why the cumulative impact of these trends on entrepreneurs bugs me so much.

Who Wins the Most?

Putting aside Apple’s emotional win, their victory ironically boosts Microsoft’s mobile operating system and gives Nokia a better shot at expanding distribution as they will have the best “non-Android” phones.  With a forthcoming refresh this fall linked to the PC Windows 8 release, it might not even rain in Seattle for a week!

Ironically, the place where consumers may benefit most is in tablets.  Tablets are a new product category with more open space for discovery and a broader set of competitors than the more mature cell phone market.  The iPad standard, as strong as it’s been, is not nearly as deeply rooted as telecommunications industry standards. We’re just on the tip of seeing how tablets impact business functions such as sales, display promotion, industrial control as well as next generation consumers.  (Cue Microsoft’s new Surface tablet entrance, please.)

How Much Will This Matter a Year From Now

Apple won on its home turf in Northern California, but has lost most similar challenges across the globe.  I would suggest that as my namesake Chris Meyer at Monitor Talent points out in his terrific book Standing on the Sun, capitalism is evolving in fast growing developing countries with different norms about intellectual property rights and who harvests the returns than those we take for granted.  While I’m not for the rampant piracy that infects China, nor am I for privatization of creative thought and science at any cost.  With the trend towards broader patent filings, these new economies may be adhering closer to the original Constitutional intent of insuring the public good than the patent wars we’re seeing.

Let’s face it.  In today’s global and increasingly collaborative development environment (perhaps that doesn’t include Apple’s notoriously secretive approach), it’s difficult for a country’s patent office to discern the true path of any invention.  In the same vein that Apple asserts its rounded rectangle icons are unique, does that imply if someone invented a square steering wheel that would be unique?

Newton said that he stood on the shoulders of giants that came before him.  Where the shoulders end and the head begins is progressively more difficult to define and perhaps, trying to define that line is also less important.

If the rate of knowledge creation is truly a competitive weapon, than investing money into hording yesterday’s knowledge comes at a price.  I’d rather the telecommunications took the $20B it invested in patent protection deals and figured out how my mobile could identify me, and only me, with no passwords or swiping, when I picked it up.  $20B ought to cover that and more.

Next post: A Slippery Slope: Dissing Facts and Science

Previous post: Is there anything else I can help you with?