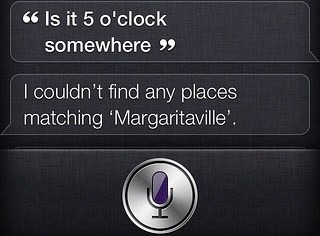 One would think that the big news from Apple’s Worldwide Developer Conference was the overdue refresh of the MacBook Pro with a sharper screen or that they’ve dropped Google maps for their own mapping technology.

The developer conference is a leading indicator.  It signals where Apple is heading; where they see the next opportunities and white spaces.  There was a subtle message in this conference that is potentially quite bold.  The subtle aspect is that Apple is increasingly relying on software rather than devices to expand its ecosystem.  The bold is this might include running Apple services independently of Apple’s devices.

Apple historical growth path is familiar: introduce a stunning new device and then make it smaller and lighter, add a battery while tailoring the user interface to mobility’s unique challenges.  Of course, make sure it connects to other Apple products in the ecosystem.

Desktop Macs (and PC’s) evolved into luggable portables, then lighter laptops and most recently into ultra-lights such as the MacBook Air.  iPod marched down the same path starting with the hard-drive “Classic” to the diminutive solid state Shuffle that gym rats, runners and cyclists love.

Apple’s always been smart about making devices smaller.  Rather than just shrinking the font size and menus as Microsoft and others have done, Apple inventions such as the iPod scroll wheel and iPhone finger pinch adapt to the challenges of small screens and smaller surface area without requiring users to get smaller fingers or improve their vision.

Adding devices, shrinking and linking keeps Apple in control over the user experience through tight integration of software and hardware.   BUT to grow revenue, this also requires Apple to constantly introduce new devices and expand its market share in existing ones.

As Apple grows ever larger, the problem becomes creating the next “unknown” device that has a sufficiently large market to impact overall revenue.  The cell phone market was an obvious large opportunity for iPhone.  The success of the iPad is far more spectacular in that there was no market until Apple created it.  Clearly a home run but how many totally new markets of that size can we expect any company to create?

AppleTV has been described as a “hobby product” in part because the device itself has little standalone value.  Unlike iPod or iPhone which strut their gorgeous minimalist designs front stage, the Apple TV hockey puck lives in a dusty backstage corner under the flatscreen.  In fact, without a flat screen, it’s worthless.

AppleTV expands Apple’s ecosystem by bridging their devices and services to a new screen.  With Apple TV, you can rent movies from iTunes or share photos from your Mac, iPhone or iPad.  Your flat screen becomes a new gate that swings into the Apple garden.  (Will Apple eventually produce its own flat screen is a separate and open question – see Will Apple’s Competitors Let Them Re-Invent Television).

At their developer conference, Apple introduced Eyes Free, initially for the auto industry.  Eyes Free is another backstage, bridging product.  Think of Eyes Free as a Siri button on your steering wheel.  Using voice and the screen that’s in your car, Eyes Free opens the Apple garden gate with hands-free search, navigation using Apple’s new mapping tools, as well as access to your apps, music, etc.

Before going further, let’s acknowledge that Siri is not as wonderful as Apple would have us think.  But neither is it just another voice recognition system.  The stories of crazy Siri answers make great humor but in comparison to the existing robotic voice control systems in cars, Siri warrants early acceptance at Harvard.

Eyes Free does the same thing for the driving environment that touch did for phones and tablets.  Siri provides a superior voice interface that addresses the safety hazard of auto “infotainment” systems.  The last thing we want drivers to do is take their eyes off the road to input into a touch screen.  Most manufacturers require you to accept responsibility for any input made while moving and some won’t even let you do it.

With Eyes Free, Apple replaces finger poking with Siri for a more natural interface that also accesses the Apple ecosystem.  Broad adoption would eliminate the silliness that currently has you try to remember the differences between each of your cars voice commands.  And since Siri performs most of her magic in the cloud, the potential of being far more device independent is quite real.  All it takes is a button the steering wheel to open your vehicle’s screen to Apple’s garden of apps.

Apple will continue to woo and amaze us with terrific devices.  Each successive device will add a rose to attract us to the Apple ecosystem as well as a few thorns to keep out competitors.  There’s no question about that.

What Apple signaled at their conference with Eyes Free might just as well been called Device Free.  A Siri button on the steering makes Apple a mobile search alternative to Google.  This also makes it a more formidable advertising platform.

And why would it stop there?  In a world where virtual increasingly challenges physical, perhaps the frontier of minimalist design is how can Apple elevate virtual device design to the same heights of excellence that they’ve brought to the physical world?

Granted the revenue model is different among a myriad of other challenges but the scourge of many firms is hanging on to that which brought you to the dance long after the music stops playing.

Next post: Is there anything else I can help you with?