Speed Test Results Confirm:
Do Not Attack Your Top 5 Problems! 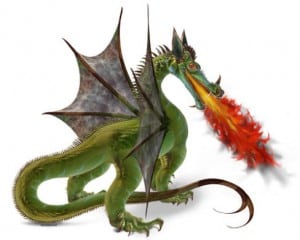 This post was inspired by my friend Steve Pile who after reading a letter I’d written to a colleague said it should be on Working Wider.

Tell me if this doesn’t sound familiar…

Your group is totally overwhelmed.  Demands outweigh capacity 7 to 1.  There are no top priorities because now everything is at the top.  What gets worked depends on who screams the loudest.  The screaming stops momentarily once that issue gets attention. You’re virtually guaranteed the next scream will come from a former priority that was bumped down by the last scream.  Scream, scramble, repeat.

You could ask for more resources but that’s a long shot.  Besides, can’t we work smarter?  Of course we can!

Start the interviews.  Crank up Survey Monkey.  Let’s go bottom’s up and have folks tell us the top problems we should address.  We certainly don’t want to cram down change and we might be wrong.

The results are in, there are no surprises but now you have a 15 slide PowerPoint deck ranking them with voting percentages next to each.  The list is discussed, massaged, re-grouped and before you can say “whiteboard” five task teams are in place to go after the top five problems that have now morphed into “opportunities”.   There’s even a steering committee to coordinate and hold each team accountable.

And you’ve just added five new priorities to an already overloaded group.  Plus, these are the five biggest, thorniest problems you’ve got.  Scream, scramble, repeat.

In my last post about Elon Musk, I stated that he returns to what physics refers to as first principles when working problems.  First principles are truths that have been proven without meaningful exception.  The applicable first principle in this case is that when any work system is used to its capacity, throughput speed, creativity and flexibility drop precipitously.  Just as rush hour congestion grinds traffic to a halt, overwhelming demands drop workflow to stall speed.

So how do you get out of this mess? Five principles apply.

How to Say No

Just as my opening vignette is familiar, the above five principles are not rocket science either.  The challenge is not the science but the politics.  When you say “no”, someone will immediately try to turn that back to a yes.  It can come from bosses, customers or an employee who just doesn’t like being the bad guy.

There were no surprises in the interviews and surveys because top problems stand above others.  That also means they’re inherently “wicked”.  Wicked problems are dragons with tentacles that reach deep into people’s work habits, organization process and norms.  They extend beyond any single team’s direct control.

Taking on five wicked problems at once is suicide.  The screaming and scrambling will only intensify.  Focus.  Pick one, or even a part of one.  Give yourself some room and resources.  Slay the first and prove to all winning is possible.  Repeat.