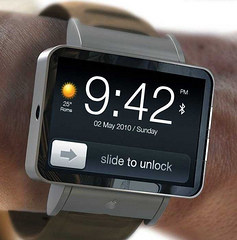 Will Apple Ever Release a New Product?
– headline from this week’s Street.com

The above is just the most recent variant in the continuing drama “Apple After Steve Jobs.”  Investors yawned at this week’s rollout of the new iPhone operating system (IOS).  Noting the new IOS visually apes Microsoft’s two-year old Windows Mobile tiles, the pressure on Apple CEO Tim Cook is unrelenting.

Lost from the discussion is one simple fact:  the average time between new category products from Apple is ~6 years:

Moreover, the three year gap between the iPhone and iPad is misleading.  While establishing the tablet category (huge!), the iPad is really a larger iPhone.

This piece suggests the more important questions are not the timing of Apple’s next new category product but first, whether Apple’s design competencies can still deliver the next category killer?

The second question is can it be large enough to reinvigorate growth?  On the heels of two consecutive grand slams (iPhone & iPad), is it even likely that their next at-bat will fare as well?

How Apple Enters a New Category

Apple’s brand aura comes from their new category successes but Apple rarely invents them.  The portable music player, smart phone, tablet and even icon based computer operating system all existed pre-Apple.  What Apple does brilliantly is take early adopters struggles with others’ pioneer technologies and creates the first complete solution.  They don’t leap until they can offer a truly substantial step forward via hardware, software and technology integration.

For example, iPhone development moved from an investigation to real project when Apple engineer’s closed in on the pinch-zoom gesture technology which made viewing web pages on a small screen transformative.

In contrast, the Newton was a pioneer and iconic failure.  Its flawed handwriting recognition along with large size, plowed the ground that led to the smaller and easier to use Palm Pilot.  Rather than teaching the computer how to recognize handwriting, Palm’s graffiti software had users adapt their handwriting.  Palm played Apple’s hand better than Apple.

Do the four competencies that Apple uses to breed new category successes retain their punch?

Appearance & User interface: Until the MacIntosh, computers looked and operated like most technology boxes – bland on the outside and hard to use.  Externally, no product sang the 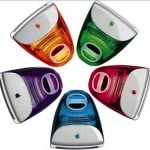 Apple appearance anthem better than the original iMac.  Introduced a year after Job’s return to the company, it was offered in jelly bean colors with minimal changes to the basic Mac technology.  It seemed as though any computer peripheral introduced in the next year came in these colors.

The dilemma Apple faces today is that design and user experience competency is wide spread.  Schools such as the Stanford D School (2004) and design firms IDEO (1991) produce and provide these talents worldwide.  Bottom line:  Apple’s appearance and user interface differentiation is not nearly as big as it was.

Integration: Apple uniquely builds its own hardware and software.   This gives them higher control over complete user experience, including blending products with services such as iTunes.  In contrast to open systems such as Google’s Android, which requires supporting hundreds of different manufacturer configurations, Apple focuses just on Apple’s.

And to be fair, Apple’s iTunes domination has never been equaled by Google, Amazon or others. Yet Amazon’s Kindle show’s they learned how to use hardware to drive retail service sales.

Advance Capabilities: Apple has continuously seasoned each new category with both subtle and dramatic technology capabilities.  The iPod’s scroll wheel, size, capacity and battery life combined to launch the category.  Implementing the original operating systems for the Mac and iPhone required big leaps in components such as displays.

What troubles me is that since the MacBook Air and iPad, it seems that thin, light and battery life dominate their design thinking.  Plus, they’re playing catch-up more often; sometimes not so well.  The iPad mini form factor and the flawed introduction of Apple Maps are examples.  As The Street pointed out, the new IOS look seems like an iteration of Microsoft’s Mobile Windows tiles.

Contrast this to Microsoft’s Xbox Kinect motion detection technology which is truly groundbreaking.   I’m sure there’s far more experimentation occurring inside Apple than any outsider can or should see.    Bottomline: Keep your fingers crossed.

This is where Steve Jobs is most sorely missed.  Jobs was uniquely talented plus he had the caché of returning founder and power as Apple’s CEO.  The real question is can Cook, Jony Ivy and others perform as effectively as a group to replace what one man uniquely drove?

While everything that I know about decision making, innovation and collaboration argues that Jobs was the exception that proves most business rules, it’s those unique exceptions of passion and artistry that spawn the next Silicon Valley success story.

Dial in the revenue hurdle that a next category winner has to surpass and this becomes an enormous challenge.  Bottomline: This is as much a problem of scale as it is leadership.  To matter, any new category product has to drive huge revenue if it’s going to contribute to Apple’s top line growth.  Would you bet on three grand slams in a row?

The Second Question:  How Big a Bite is Needed?

Today Apple’s revenue is more than twice what it was just three years ago when the iPad was introduced.  Most of that growth has come from product refreshments, geographical expansion, services and broader product lines.

All the above will continue to generate further growth but with each increment, it raises the bar on whatever the next category killer is.  Personally, I don’t expect it, and that has far less to do Tim Cook than others seem to think.

The success formula in technology is that once established, milking and renewing incrementally is how franchises grow.  Those who are smart or lucky enough to get a beachhead at the right time can soar as Intel, Microsoft, Apple, Cisco and others have.  At some point, Christensen’s innovator’s dilemma takes hold and the torch is passed to the unknown upstart.

Below the Bottom Line

In 2014, or shortly before, we’ll see the next Apple category product.  My bet is there will minimally be a TV product because that convergence of computing, entertainment and media combined with the age of the “channel” model beg for change.  I also expect to see a wearable product that miniaturizes sensing (e.g. fitness, gps, etc.) and connects with the iPhone ecosystem services.

But what I don’t expect is the dramatic change in Apple’s growth that they enjoyed from phones and tablets.

And frankly, if Steve Jobs were still with us, I suspect he’d be delighted if it was just insanely cool.  So will I.

Next post: Apple New Product Strategy: “Siri…What Did I Miss?”

Previous post: You Can’t Be Serious!
The NSA is Monitoring Our Calls & Email???