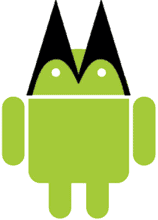 On Monday, Google announced that it’s engaged to buy Motorola.  Is it a brilliant move that puts Google on an even footing with Apple as a vertically integrated competitor?  Or is it an overpriced, gargantuan error that transforms Google from a fleet-footed software company with great margins into a hybrid hardware/software company with average margins?

The engagement news dominates the headlines but I’m more curious about whether this new couple can survive marriage?  History shows us that 50-80% of corporate marriages end in divorce, or worse.

Let’s start by putting aside the claims that Google will run Motorola as a separate business.  Do you thing Android customers such as HTC and Samsung are swallowing this California “granola and goat cheese” open marriage straight from one of Google’s famed cafes?

How might Google gain the benefits of vertical integration without committing to some form of marriage?  The obvious alternative is to scrape off the patents, key technology and then spin-off the rest.  That’s possible but costly and a major distraction.  Plus, who will buy the jilted lover?

Back to my question:  What will happen when they move in together?

For starters, I checked out the photos of their executive teams.  After loading each company’s pages on tabs, I flipped back and forth.  The visual is stunning.

With a few exceptions (including Motorola CEO Sanjay Jha), what snaps out on Motorola’s page are twenty five photos of middle aged white guys each with their own title.  Google has six pictures.

The contrast shouts out the difference between a mono-ethnic, traditionally stratified American corporation and Google.

Then I looked at their Facebook pages.  Google has interesting normal size entries with bits of information and useful links.  Motorola has one giant display add.

The contrast continues.  Google says “get to know me” whereas Motorola screams “buy!”.

More than a Mouthfull?

Google has about 25,000 employees.  Motorola is just under 20,000.  That’s enormously larger than either DoubleClick or YouTube, Google’s largest acquisitions to date.  Can Google turn that mass into forward momentum, or as often happens, will it weigh down forward progress?

Founders Brin and Page persistently drive a culture that challenges convention.  How many executives have conducted hiring interviews in a full-size cow suit while stroking their rubber udder as Sergey Brin has done?  Google has a lot in common with engineering grad school where brilliant students (mostly single) out-think each other late into the night interspersed with clever practical jokes.

Google has had a rough time using its engineering prowess to crack the code on social networking (see The Google vs. Facebook War).  I suggest making this marriage work will be a far greater social challenge for the narrow Google culture.

Google can change their products and services before, during and after launch.  With a web-based model (SaaS) Google constantly rolls out visible and invisible improvements.

A/B testing is central to Google’s innovation model.  A/B testing puts two alternatives in front of actual users, monitors their actions via clicks, and lets the user make the decision for them.  Their decision making is notoriously data driven because it’s fast and easy to do in their web-based world.

Motorola lives in the hardware world.  Hardware requires tooling, assembly, service which adds two critical factors:  lead times and the management/movement of physical things.  You make the best decision you can and then it often goes out to a fabricator or channel partner, to execute.  During that time, it’s just like being an astronaut out of communication on the dark side of the moon.  If a competitor introduces a killer feature or you find an error, you have to wait to for the next iteration before you can fix it.

Time-to-change in hardware is fundamentally lower than software.

There is something inescapable about the impact of distance on cultural diversity.  Annalee Saxenian captured the essence brilliantly in her classic Regional Advantage: Culture and Competition in Silicon Valley and Route 128. I personally helped West Coast drive maker, Quantum, digest elements of East Coast Digital Equipment’s drive business when DEC imploded.  It wasn’t pretty.

DEC leaders hoarded information to sustain power, whereas Quantum pushed for transparency.  Quantum was one of the first companies to outsource manufacturing to an Asian partner.  DEC engineers came from a vertically integrated background.  We were constantly surprised that even after we overcame communication and terminology differences, the core decision logic and pacing was so different.

What will it take for a Motorolan to internalize what’s really meant by Google’s “Don’t Be Evil”?  Google’s version of management by objectives (OKRs – Objectives and Key Results) is significantly different than MBO’s at most companies.  At Google, the expectation is that meeting more than 70% is failure and sandbagging, since the goal is to achieve the impossible; not the possible.  At Motorola, objectives are supposed to stretch but be achievable.

The Federal Reserve Bank of Chicago lists the top Chicago companies as of 2005.  Sandwiched between food, farming and health care are Motorola (#7), with the next company closest to high tech, CDW (#24), an integrator/distributor.

Having lived in the Midwest and now in Silicon Valley, the difference is striking.  Midwesterners do a much better job being present in their daily lives, while Valley people keep reaching beyond today for some future, usually via a new technology.

How will Motorolan’s search for a new phone design mesh with a search company that also embarks on projects such as Google’s quest to scan every book in the world while transforming the entire publishing industry along the way?  The scale and reach of Page and Brin’s aspirations is bold and seemingly endless.

A Marriage Made in ….Conference Rooms?

Will this marriage succeed?  Certainly the lawyers, integration consultants and off-site meeting facilities will do quite well over the next year.  In the meantime, I’m sending Google leaders a copy of Men are From Mars, Women Are From Venus … and You’re From Chicago.

Next post: Privilege versus Property:
How Patents Hurt Innovation