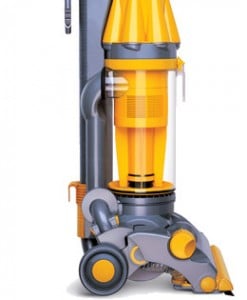 Lutz’s advice is not new nor is the choice as simple as he suggests.  Pricing, cost and positioning matter, so just tuning out brand managers and spreadsheet jockeys carte blanche is not the answer.   Passion by itself could just as easily get you a Pontiac Aztec as a Ford Mustang.

This piece argues that the real challenge in Lutz’s assertion is knowing when to rely on any method, regardless of discipline, or the judgment of the person using it.  Over the last twenty years, design has evolved from an undefined art to a teachable method.  This broadens who can do good design but codification just as easily mutes the passion inherent in great design.

Read Fast Cycle Time and you’ll see I’m as guilty of teachable method proliferation as anyone.  The book is a “how-to” guide for accelerating value creation.  Like most management books, it comes with a methodological model, sequenced steps and do/don’t do lists.

Throughout I stress that the underlying algorithm for fast cycle time is value/time.   Yet most readers jump to the time-reductions steps because they’re more immediately actionable than those for increasing value.

Focusing on these steps is a slippery slope.  Buttressed by “process excellence” tools such as Six Sigma, the ability to standardize and control variance at each step makes focusing on them even more attractive.

The problem is that quickly and quite subtly, attention tilts away from delivering more value per unit time to monitoring steps that are within our control.  Products come out faster but fail to excite customers.

That’s what Lutz found when he arrived at GM as product development czar.

In 2001, every GM vehicle program was led by a Vehicle Line Executive (VLE) patterned after Toyota’s production system.  Unlike Toyota, GM gave the VLE responsibility for product from concept to production including design.

Lutz points out that GM’s VLEs had many measurable objectives including product cost, warranty, assembly hours per vehicle, percentage of parts reused from previous vehicles and time to execute but little about product appeal. Program execution became their natural focus.  Competitors gained share as GM accelerated delivering uninspired products to the market.

Lutz sat down with GM’s design leader, Wayne Cherry and reviewed GM’s next generation product portfolio.  Finding fault with nearly every model design in the pipeline, Lutz was surprised that Cherry agreed with his criticisms.  Exasperated, Lutz asked Cherry how could he trash the designs since they were his designers’ creations?  Cherry quickly pointed out that his designers reported to the VLE’s who had ultimate approval authority over design.  Cherry’s people could advocate but not decide.  In fact, Cherry himself had refused to sign off on the designs.

Prior to the Ford acquisition, Jaguar took the opposite approach.  Before making a final decision to green light any car, Jaguar’s founder, William Lyons, required a full-scale prototype be placed in his driveway because, “that’s what a man sees when he walks out to his car in the morning.”  Lyons reactions ruled.

The problem with Jaguar is that every car they built prior to the Ford takeover was a unique piece of art; and equally unreliable.  Without modern design and engineering processes, the beauty of Jaguar was barely skin deep.  Notoriously unreliable, the joke was that you had to buy two because one was always in the shop.

Over the last twenty years, academic institutions such as Stanford’s “D School” have codified the design process.  While different from financial analysis as taught to MBA’s at Wharton, the steps in design are explicit and equally teachable.  Brainstorming, ethnographic research and rapid prototyping are now practiced in large corporations not just the elite design shops such as IDEO.

Yet, the elite design shops consistently win most of the design competitions.

The difference is five fold.

But it’s the fifth reason that truly separates the design shops.  Executives who hire contract designers do so because they are committed to the importance of design.  Once chosen, they give the designers latitude and trust their taste as much as if not more than the numbers that normally drive most business decisions.

But why then do only a few firms give internal designers the influence of outside contractors?  Concentrating power in a few people where the primary differentiator is taste is a tough call.  Apple give’s the power to Jobs and Jony Ive but Google relies on user testing – even for choosing colors!

At GM, Lutz removed design approval from the VLEs and returned it to the head of design.  He explains why:

There is not any car company anywhere in the whole wide world that has fourteen senior people capable of making sound aesthetic judgments on vehicle design.  Most companies, if they’re lucky, have two or three.  If the CEO or the president is one of them, it makes things much easier.  Some companies have none, or none for a while, and that explains the oft-observed sudden loss of style by some companies.

Below are three factors to consider when evaluating the differentiating power of design.  You’ll notice that I’ve also distinguished between product/service design (Lutz’s focus) to include business design; an increasingly new focus for designers.

What’s your secret sauce? This is the technology and core competencies that make you tick and that no one else has.

An aspect of the above considerations is that they can be aslippery slope as I attributed earlier to any methodology.  The following illustrates an exception to the rule in order to emphasize caution in using any rule.

The home vacuum cleaner market is very mature.  Until the early nineties, it was dominated by well-known brands (e.g. Hoover, Bissell, Dirt Devil and Eureka) using bag technology.  In line with the market maturity, they applied their design talents to reducing product cost and improving manufacturing efficiency.

In 1979, after visiting a saw mill that used cyclonic air currents rather than bags to capture dust, James Dyson began downsizing the cyclonic technology to create the bag-less vacuum cleaner.  Introduced fifteen years later in 1994, Dyson has captured significant prestige and market share in the high margin, top of the market.

As is the case with most entrepreneurs, Dyson was high on passion and light on methodology.  I’d suggest that none of the established competitors would have considered putting fifteen years into technology development before securing any returns.  That’s Christensen’s classic disruptive technology argument writ large.

But Dyson’s passion ultimately created enormous value.  More importantly, it required only Dyson.  That takes us back to Lutz’s key.  Lutz is really saying that when product design truly matters, you don’t need or want everyone to be designer, no matter how accessible the methods may now be.

Ultimately, differentiated product design requires a clear and consistent point of view.  It takes finding a few geniuses and giving them the authority to back up their choices.

If what you need is superior business design, look for those who can apply design thinking to business but recognize in that case, they need to be equally skilled at collaborating.