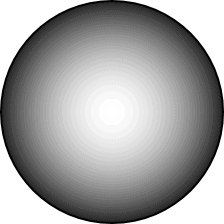 Winter in Detroit is rarely pretty.  Pristine snowfalls quickly turn to grey slush that outwits the best pedestrian avoidance maneuvers.  Once that happens, your feet are cold and clammy for the next three hours.

It was on such a day that a new product team was presenting their “comeback” car design to a panel of senior executives in a major car company.  The car’s imperative was to regain market share with “next generation” styling and a very modest performance increase.   The topic of conversation at this minute was the design of a sleek door handle that tightly integrated with a crease in the door body panel.

Finance executive:  I totally get the design choice involved here but can you assure us that the cost will be in line with our past experience?

Team leader:  We’ve had to make some changes in our traditional actuation mechanism that our supplier has assured us should not impact cost.  The casting is not unique.

Team leader:  US Doorhandles (pseudonym).  They’ve been on our approved vendor list for ten years.

Financial executive:  Yes they have but they often don’t hit cost targets as fast as we’d like.  On the NM700 project they were off by 12% at one point.  It took us nearly a year to correct.  I don’t buy their number.

At this point, the Team leader inhales; wishing oxygen would make what he just heard go away. He’d pounded the body engineering team on supplier costing and was confident in their efforts.   More importantly, the comeback car premise is next generation styling; not yesterday’s.  Before he could respond, another voice rang out.

Quality executive:  We’ve also had quality issues with them.  Granted, they addressed them pretty quickly but I need to point that out.  Can you assure us the MTBF (mean time between failure) won’t be any higher than our current handles.

Team leader:  Even with the new actuation mechanism, there’s nothing inherent to the design that should cause that.

Quality executive:  Have you any evidence?

Team leader:  Not at this point.  We’re pre-production.

This is a classic Dilbert moment.  When leaders apply the mindsets and metrics that work well operating the business to innovation, bad things happen.  Operators reinforce their beliefs that innovators are out of control.  Innovators dismiss operators as suits that just don’t get it.

The reality is both perspectives are needed but the facts and repeatable processes that drive the operating business are scant in the world of innovation.  Innovators are data paupers but when pushed, they will put down numbers.  The problem is they’re often as speculative as the hockey stick revenue curves that start-ups give venture capitalists ad nauseam.

Complicating the situation is that most of the deliberations, tools, talents and databases that rightfully dominate the operating life of the firm are often unconsciously applied to the far smaller innovating realm.  To question their value is to vote against data-driven decisions.  Who’s going to do that?

The better way is to recognize that precision and comparability have limited value in defining the future.

First, one’s expectations on precision should be tailored to the degree of innovation pursued.  If one is doing a derivative or simple customization, the ratio of known to unknown factors is much higher than a breakthrough effort.  Cost and schedules for incremental efforts should be more demanding.

Second, the critical work of innovation is learning.  It starts with can we build this and extends to can we deliver it at the target cost and will customers love it?  These questions are answered over time but if you don’t see progress, that’s a bad sign.

Third, progress comes in many costumes.  Unlike operations where mistakes are a sign of trouble, making mistakes quickly may speed development more than getting it right.  John Lassiter, co-founder of Pixar and Chief Creative Officer of Disney and Pixar pushes his developers to be wrong as quickly as they can.  Often you can’t get to the important problems until the small ones have been resolved.

Third, learning doesn’t just happen.  It can be driven, paced and measured using well thought out experiments and prototype cycles.  Ideally design, build, test cycles include customer feedback as the goal is not finishing the development but winning in the market.  The number of prototypes or experiments completed, progress per prototype and integrated new knowledge per phase has a strong linkage to the rate of progress.

Fourth, consider using a progressively narrowing set of metrics for each development phase.  This is particularly true for breakthrough or new platform efforts.  Innovators bristle at operators’ premature requests for precise cost and schedule dates a year before launch. At concept, a twenty percent variance on cost and schedule may be reasonable.  Tighten the variance progressively such that at launch it’s five percent or lower.  If you ask for too much precision too early, you’ll eventually get numbers but they won’t be worth much.

On that frosty day in Detroit, the comeback car team left the room with more issues to address than time or resources.  They prioritized what was most important and where they thought they could win.

The door handle design was considered important by all; critical to some. But no one thought it was a battle easily won.  The team followed the path of least resistance and cratered.

At introduction, most of the reviews applauded the intentions behind the new styling but only raved about the interior where the team invested most of their effort.

The difference in sales from the previous model was measurable to the right of the decimal point but not much changed to the left.