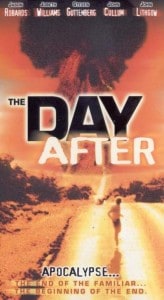 I wrote yesterday’s piece before Apple’s product announcement.  While crafting a response to an email comment I received this morning, it struck me that a post-introduction piece might be in order.

In short, the iPhone 6/6 Plus will cover profits, the Watch will spur innovation and Apple Pay is the potential game changer.

An aspect of Apple’s profitability formula that I’ve written about before is their patience (see Apple Paces Profits Beyond Platforms).  In the case of the iPhone 6/6Plus, yesterday’s introductions align well with carrier upgrade financing; particularly important in carrier subsidized markets like the U.S.

For example, I bought a iPhone 5 shortly after introduction.  I skipped the 5S.  My two years are up in early October – great timing for the upgrade cycle to the 6 and 6Plus (the latter if I get bigger pants pockets.  Perhaps there’s a combination play with hip hop clothing designers and the Dr. Dre headphone line).

Add to the profitability formula, the premium pricing dialed into the iPhone 6/6 Plus line.  The 6 Plus will cost $299 with a two-year contract which is $100 more than the current premium model, the 5S.  A larger form factor phone should also help Apple’s mobile ad revenues.  This is not a hugely significant revenue stream today but an important eco-system annuity revenue over time.  The tiny ad rectangles at the bottom of an iPhone 5 might be readable on a iPhone 6 – surely that’s what the ad exchange sales team will be saying.

Now dial in the seriously expanded global distribution (115 countries) and I have little doubt the 6 series will exceed sales expectations.  If you look at most of the press’s comparisons today of the iPhone 6/6 Plus and Apple Watch, the specmanship differences between existing competitors are minute.  The real competition is between the Apple, Android and perhaps Windows, eco-systems.

Watch In or Watch Out?

Apple Watch will succeed as will competitors’ products; the question is when is serious market liftoff?  For all, this is a function of apps, UI and battery.  Apple leads in the first two historically and yesterday’s demo suggests they’ve taken a step forward though maybe not as far as they did with the first iPhone.  There’s plenty of room for improvement for everyone.

Activity tracking is new to Apple but not to Fitbit, Garmin, Nike, etc. yet these are mostly screenless and exclusively activity focused.  The best way to learn is to get customers and the developer community playing with it which starts now.  (It’s ironic that as cell phone screens enlarge, we’re adding a new much smaller screen to our wrists.  Add in Google glass and the next screen opportunity might be edible!)

Watch battery life is the biggest issue negating liftoff and ironically similar to the the talk time/size dilemmas of early cell phones.  It will be solved eventually but missing a single night’s charge brick’s any of today’s e-watches.  You can also expect advances in charging technology such as mats that you just drop your device onto

Apple Watch will have a boost from more than fanatical Apple devotees.  I think of this as “gadget bling”.   As much as the sharing economy has created AirBNB, ZipCar and Spotify,etc. which reduce consumers captial investments, even the poorest section of town has plenty of big screens, high end Dr. Dre headphones, iPhones, etc.

Apple has more bling cred than the Moto 360, Pebble, Samsung and LG combined.  Gadget bling is a reasonable replacement for car lust and homesteading if you just graduated and have large student loans outstanding. In that context, $350 isn’t that pricey.

Pay a Little to Play Big:  Apple Pay is Paypal 2.0

It’s in that light that I’m far more interested in Apple Pay.  Just as the Watch is a new hardware platform, Apple Pay is a new service platform.  It’s far more than an extension of iTunes,  iTunes is a distribution platform for digital music for which sales are shifting to streaming rentals such as Spotify.  Apple Pay is Paypal 2.0.  Paypal is about an $8B business with 20% growth and constitutes 45% of eBay’s total revenue.

While NFC has existed in Android and Windows phones, Apple Pay launches with partnerships in place across the major credit card providers which enables cross-promotion to mutual advantage.  It also plays to  the advantage Apple’s “walled gardened” ecosystem provides.  By controlling the end-to-end experience more tightly than Android, Apple is able to control a solution for the credit card industry’s technology/security issues which have begged for an alternative.

Magnetic stripe technology has been hostage to the large cost in changing corner merchant’s credit card terminals.  That’s a big reason Europe’s more secure chip-in-card technology has not been able to take hold in the U.S.  Adding Apple’s brand and clout to the party might be sufficient to drive past chip-in-card and go straight to wireless – a long over due change.

What I missed in yesterday’s piece, and was left out of Apple’s announcement, was the future of Apple TV and the iPad.  Apple’s commitment to the Apple Watch effectively declares that Apple TV will remain an add-on product (vs. a complete TV).  This follows the path I described in Will Competitors Let Apple Re-Invent Television?

iPad is a different story.  Tablet pricing has plummeted, sales growth attenuated and while still the leader, I’m very curious about how well Apple can revive growth through their new efforts in the business sector.  Getting companies whose historical roots focus on individuals (Google and Apple) to do more than skim the surface of business opportunities has been just as tough for Google Docs as driving iPad business will be for Apple.

There will always be a premium consumer market that Apple will feed over time but I think we’re still in the early innings of business applications.  Whether they will be cannibalized by larger format “phablets” (e.g. retail checkout) is now a new headwind to watch.

Two posts in two days…don’t worry.  This is the end of my Apple a day writing!

Previous post: Apple New Product Introduction:
Welcome to the Planet of the Ape