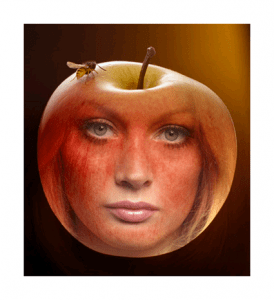 Be sure to see WorkingWider’s latest update on Apple:  Apple’s 2012 Business Strategy

If you’re an Apple fan, put aside any expectations for dramatic new product introductions next year.  My bet is in 2011, Apple hardware will see only incremental improvements and cost reductions.  You can also be sure that Apple marketing strategy will tout each increment as an absolutely amazing breakthrough!  Apple’s ability to align marketing strategy and business strategy with product development leaves competitors in the dust.

A Verizon iPhone (Verizon wouldn’t be selling the Apple tablet/iPad if they weren’t getting the iPhone), a cost-reduced iPad perhaps with a smaller screen as well as the original, refreshed minimally with a camera so Apple can push FaceTime, their personal video-calling tool.  We could easily see some color skins as they’ve done in the past with their iPod line.  All in all though, Apple’s going into the barn and milking the hardware iCow for growth and cash.

Apple will put more energy into growing services, including mobile advertising with iAds and social networking via Ping.  These are relative neophytes with plenty of room for experimentation and growth.  They’ll also expand the reach of the iTunes and the app store to solidify its position as a one-stop source of digital content against Android, Amazon and others.

I expect Apple might also act to leverage the color capabilities of the Apple tablet with magazine and book publishers.  Amazon Kindle readers do a fine job with ordinary text but when it comes to photos, graphics and color, they disappoint highly.  Competing head-to-head with Amazon in text is a tougher battle particularly since Amazon provides Kindle readers for nearly every cell phone, computer, and tablet.  iPad magazine apps are just getting started and offer the potential to drive share gains.

Milking the iCow is a powerful business strategy that Apple has done extraordinarily well for years.  Each of their platforms starting with the Mac, through the iPod and iPhone have been extraordinarily fertile, spawning many derivatives that have just enough newness, yet leverage design, test, supply chain, Applestore retail presence and current customer experience.

While it may disappoint Apple product enthusiasts, it will delight shareholders.  As a percent of sales, Apple’s investment in R&D at 4.1% is far more efficient than Google’s 12% and Microsoft’s 15.4%.  Apple’s product platform fertility drives this number.  Beyond revenue and compared to other hardware manufacturers, Apple also extracts nearly twice the profit margins per product platform across their entire line.  Under these conditions, increasing volume delivers Apple far more profit than the same volume growth does for their competitors.

Will Competition Bolt Ahead?

The primary liability of milking the iCow is that competitors with new technology could bolt ahead.  Let’s look at the threat to Apple’s existing platforms and then examine the threat from a potential unforeseen, new platform.

Apple’s current platforms have strong defenses, starting with their elegant designs that integrate hardware, software and services.  That said, as competitors introduce increasingly close look-alike products such as the Android, staying in front gets tougher.

For example, Android phones have been gaining share with new purchasers over the iPhone.  For this reason, I would argue that Apple needs Verizon more than Verizon needs Apple.  It will significantly increase Apple’s total available market in the U.S.  It will also force them to go head-to-head with Android in a carrier where Android has an established position.  This will force Apple to be more outward-looking, which I would argue is a good business strategy for them.

Another defense Apple has is the synergy between their products, services and marketing strategy.  Apps that work on the iPhone also work on the iPad, plus iTunes provides consumers with the convenience of a one-stop digital marketplace.  Expanding the app store to include Macintosh applications increases this pull.  It would not surprise me if they introduced a MacApp that enabled Mac users to run these apps easily on a Mac.  Once consumers are introduced to the Apple family, they tend to want more.

Of their current hardware platforms, the true outlier is Apple TV.  This is really a placeholder product that keeps Apple in play as the confluence of TV/Internet/cable plays out.  As a placeholder, Apple must be pleasantly surprised to see Apple TV pop up on this month’s Amazon’s top electronic list at number 12.

Let’s turn to the challenges of a brand new product platform.  As describe in Apple’s Most Obvious Secret, Apple’s forte is not time-to-market or introducing breakthrough technology.  Apple makes quantum leaps by using new platforms to delivery next level user experience where the existing choices are stalled.  They weren’t the first MP3, cell phone or tablet manufacturer.  What they did in each case was crystallize a platform that raised performance and competitive expectations to a new level.

This business strategy relies on a base of experience among users, available technology and a business model that can work within the respective industry.  For example, Apple could not create the iPhone if people hadn’t been already trained on the Palm Treo and Blackberry.  The iPhone took that experience, combined it with what was already technically possibly and raised it to a new level of elegance.  Did it require terrific insight and some new technologies?  Absolutely.  But while the product is a tour de force design, it’s not a technological breakthrough.  However, when combined with Apple’s marketing strategy, it’s a hugely successful business strategy that drives up growth and returns tons of cash.

In the case of the iPod, Apple’s greatest innovation was uniting the record labels around a new business model that addressed piracy.  They were so successful that it’s fair to say that now, Apple’s power in the music industry transcends that of the record labels.  Having watched this, existing TV/video content providers are not anxious to let Apple TV do this to them.  The issues with Apple TV and all the other TV box and service competitors is not hardware design but finding a compelling business model.

What surprises might we see?  The biggest question in my mind is will they dip into their $51B cash hoard that’s returning less than 1%.  Jobs says he wants to keep his powder dry, but it wouldn’t surprise me if they used a chunk more boldly than their typical small acquisitions.  With Ping as their primary play in social networking, Apple could make a change in their business strategy that would accelerate their social networking presence.

The fundamental premise behind any platform-derivative business strategy is that you have to have 1) fertile platforms, 2) introduce derivatives with incremental appeal, and, 3) have a marketing strategy that sells the heck out of them.  Apple’s business strategy for 2011 will harness their marketing engine to reap what their developers have done.  Behind the curtain, this will give developers the breathing room to create the next exciting platform.

That’s just my opinion; I could be wrong.