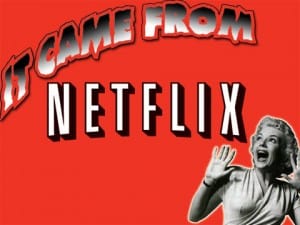 In Getting Organized: The Entrepreneurial Death Star, I described how the chaos of growth drives startups to get organized.  Organization comes at a price yet it seems that the only options are to stay small and creative, suffer chaos, or pick execution over agility. This piece provides two alternatives.

Before we start, let me ask a simple question.

If these alternatives are effective, why are they the exception rather than the rule?

New is Always Outrageous to the Present

Of the many definitions of leadership I’ve encountered over the years, two have always stood above others because together they define the difference between leadership and management as well as how to measure success.

From the day Apple started, Steve Jobs got others to pursue product design excellence in ways that most do not and despite frequent rudeness and outrageous behavior, evoked followership.  Rudeness is not essential but I would argue that outrageous is, certainly relative to normal performance expectations and habits.  When the band of followers swells behind you, what was outrageous becomes the new norm. Then, not participating is outrageous – that’s leadership.

Ironically, there’s often more talk about teams after a startup gets organized for the first time than before.  It’s as though talking team will overcome the imposition of silos and hierarchy.  At the extreme, it’s inspiration for Dilbert cartoons and “The Office” TV series.

More importantly, this type of team talk mimics a children’s recreational team.  The desire to appear flat breeds a rah-rah culture that emphasizes effort and camaraderie over results.

Not at Netflix.  From day one, CEO Reed Hastings has shaped Netflix’s culture to be a combination of freedom and responsibility.  Hastings uses a different team model:

We’re like a pro sports team, not a kid’s recreational team.  Netflix leaders hire, develop and cut smartly, so we have stars in every position.

Like every company, Netflix tries to hire well.  What makes them different is that unlike many companies, adequate performance gets a generous severance package.  Yes, you read that right.  Netflix would rather have one move on than plug a spot a star could occupy.

Can you really have an organization of just stars?  Even championship pro teams have only a few real stars plus the pro metaphor is imperfect because they have a fixed roster size.  I’d argue that the metaphor makes the key point and more importantly, whether you can build an organization of stars doesn’t matter.  Having more stars than the other guy is what counts.  Stars want to work with other stars so the fewer you have, the tougher it is to attract them.

The dilutive hiring dynamic that accompanies getting organized is Hasting’s target.

When entrepreneurs are holding onto the tail of a fast growing company, the craving for more hands on deck is overwhelming.  Every minute spent interviewing or training newbies, while essential for the future, doesn’t address today’s problems.  Despite the best Google-like genius filtering, overall productivity falls as numbers swell.

Plus, job requirements expand such that some great players are now just good or adequate.  In the pro’s, former stars bounce from team to team to retirement.  Hastings is saying he’d rather say thanks and goodbye with a generous severance.  Bringing in new players resets performance and expectations.

Before that mumbling voice inside your head starts screaming, keep in mind that  partnerships in professional services firms such as lawyers and consulting live by an “up or out” policy.  This is not as radical as it might seem.

Getting customers to prove out their first product or service is the entrepreneur’s chief task.  After that, comes scaling.  If you didn’t get organized prior to scaling, this will force the issue.

Geoffrey Moore calls this period the tornado and it’s a problem entrepreneurs should be glad to have – it signals success.  The problem is that just as getting organized comes at a cost, the growth tornado injects the seeds that eventually blossom into The Innovator’s Dilemma described in Clayton Christensen’s classic of the same name.

Though focused on established firms, Christensen’s work shows that once a business model gets traction, it excludes new ideas that don’t support the model.  Add Moore and Christensen together and anything that doesn’t cope with the scaling tornado becomes a distraction.

Tornado customers are different than early adopters.  They have higher expectations for product and service plus they are quick to demand incremental improvements.   A lean startup’s minimum viable product meets only minimal expectations.  These grow quickly in the tornado.

As the newly organized firm gears up to address the wave of new demands, novel ideas suddenly don’t have an open field. Rather than fight an uphill battle, Christensen’s research argues for separating operations and innovation mindsets and models. Large firms often do this with separate business units. Smaller firms require a lighter hand.  One approach is to use a dual track development model.

Instead of keeping development resources in one group iterating new features serially, consider a “two-track” system.  Use separate and possibly unequal groups.  Keep batch size and schedules short for both while using the separation to isolate next generation efforts from incremental improvements.  This approach meets tornado customer incremental needs while also reaching for next generation innovation.

In the above diagram, you’ll notice I’ve extended the time for major releases (Product’s 1 & 2) and shortened the time for incremental releases (Products 1A & 2A). There’s a potential speed advantage if you can increase the overlap between tracks. Also, instead of distinguishing tracks by improvement increments, you could also apply different business models to each track. This is less common in startups as most ride the original model until through the tornado.

Both of these alternatives are outside common norms…intentionally. Going where no one has gone before might be courageous in Star Trek but it’s potentially very foolish in real life. But for entrepreneurs, neither of these are outrageous. They are just examples of paths less traveled.